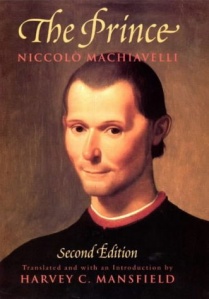 In the classic book, The Prince, Niccolò Machiavelli stated that “Everyone sees what you appear to be, few experience what you really are.” Speaking primarily to the prince and principalities of his time, Machiavelli said that a prince should present the appearance of being a compassionate, trustworthy, kind, frank, sincere, credible, faith-filled, courageous, generous and pious ruler. Thought-provoking statements from a man that believed it was impossible for a person to actually possess the virtues and principles he said were imperative for a leader to influence others and lead effective change.

Machiavelli list two other principles that are important to becoming a successful leader.

First, Machiavelli believed that regardless of how a prince was elected to office, he would only be successful when he utilized the strengths of his ministers. Machiavelli believed that collaboration created camaraderie and would leave little room for disunity and rebellion. If Machiavelli was to translate this to leadership in today’s organizations I am sure he would tell us that our missions cannot succeed without collaboration and dialogue with others in our organization. We must draw on and value the strengths, creativity, and opinion of others to build an organization that becomes an unstoppable force.

Second, Machiavelli wrote, “the prince ought to read history, and reflect upon the deeds of outstanding men…examine the causes of their victories and defeats, and thereby learn to emulate the former and avoid the latter.” In our world today, it is imperative that we do not take our leadership journey alone. A leader must be led. Outstanding leaders have outstanding mentors, coaches, and accountability partners that push, pull, and walk beside to help them reach their goals.

1) Do the virtues I hold uphold my passion statement? If someone was to see who I really am, would it be the same as who I appear to be?

2) Am I a captain in my organization, or am I a collaborator?

3) Do I seek to learn from, and emulate successful leaders?

4) What challenged you today as you read the Machiavelli’s Principles of Leadership? I would love to hear from you!