My oldest son is a freshman in high school and on his first day of school his language arts teacher asked the class this question: If you could have any superhero power, what would it be?

Austin had so much fun with this question, I thought I would create the same question for female leaders. Please remember that these are fictional characters. This personality quiz doesn’t define you, ot is simple for fun!

What superhero powers and abilities do you relate to? Choose one of the following 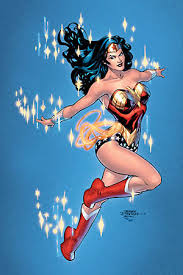 Supergirl’s powers and abilities: Supergirl is a female counterpart to Superman. As his cousin, she shares his super powers and vulnerability to Kryptonite. Supergirl has been known to save the day but also blow-up things when she didn’t realize her own strength.

Wonder Woman’s powers and abilities:
A princess, diplomat, and warrior, Wonder woman is gifted with a wide range of superhuman powers and superior combat and battle skills. She also possesses an arsenal of weapons, including the Lasso of Truth, a pair of indestructible bracelets, a tiara which serves as a projectile, and, in some stories, an invisible airplane.

Ms Marvel’s powers and abilities: Ms. Marvel possesses incredible superhuman strength and durability. She can fly at roughly half the speed of sound, and can discharge explosive blasts of radiant energy, which she fires from her fingertips. She also demonstrates the ability to absorb other forms of energy, such as electricity, to further magnify her strength and energy projection. Ms. Marvel is also a women who builds teams, insisting others gifts and strengths to accomplish the common goal.

Storm’s powers and abilities: The first black female superhero, Storm overcomes great fears, adversity and sometimes discrimination to change the world by summoning the power of the storm (rain, tornado, hurricane, earthquake…) instead of giving into it.

She-Hulk’s powers and abilities:
A highly skilled lawyer, she has served as legal counsel to various superheroes. Her love for justice led her to help in many disaster relief programs. As She-Hulk she is confident and assertive. She-Hulk’s body is disease resistant and she cannot feel pain. She can walk through fire and hold up under tremendous stresses and impacts without puncture wounds or lacerations. She-Hulk amazing immune system provides a healing factor, which enabled her to completely recover, within minutes.

Now that you have chosen your superhero, read the corresponding character description and see if it resonates with you.

Supergirl’s characterization: A companion, partner, and helper. Always an encourager to others, this powerful women who may not know her own strength.

Wonder Women’s characterization: A woman came who fights for peace, justice and truth. This is a woman who maintains her feminine qualities while exhibiting great strength and intelligence.

Ms. Marvel’s characterization: A woman with an electric personality, this person is a connector and a collaborator drawing strength and energy by accomplishing a goal by working with others.

Storm’s characterization: A pioneer woman who has found strength, hope and faith through the storms of life. This is a woman who makes no excuses for life. She doesn’t give up and she never gives in!

She-Hulk’s characterization: This woman desires a world of change. Her eyes are on justice and equality for all. Freedom is the name of her game which she addresses with confidence and timely assertiveness.

I have had fun creating superhero personality types for you and I hope it made you laugh. Even though these are fictional characters, there is power in this truth – If you know God, you possess a super human power that you can put into action today. It is the power of the Holy Spirit. All you have to do is ask for it!

Second Corinthians 12:9 (NIV) says, “But he said to me, “My grace is sufficient for you, for my power is made perfect in weakness.” Therefore I will boast all the more gladly about my weaknesses, so that Christ’s power may rest on me.”

So my friends, I invite you to put on your superhero costume or cape and get ready to be filled with God’s Power. He has great plans for your life and the world that you touch!